September 07, 2020
SPOLER ALERT! SPOILER ALERT!  SPOILER ALERT! The Tinderbox by Lou Diamond Phillips      Did I mention there are spoilers in this review?        Part Dune , part Romeo and Juliet and somehow reminiscent (in my mind, anyway) of the best parts of The Gormenghast Trilogy .  I’m not sure why, but as I read the book, parts of Gormenghast kept popping into my head.       The story follows Allegra and Everson—a princess rom Mano and a soldier-prince from Indira, planets at war.  Allegra’s father believes in a prophecy that proclaims that his reign will end when his daughter meets a soldier—so he has banned soldier from the castle and kept her sequestered inside for her entire life.      Everson, a prince whose father forced him to serve in his planet’s military, end up left behind after a battle.  The horrors of war and the poor conditions on Mano prove to him that the war is misguided at best.  Trying to survive long enough to do something about that proves to be challenging.  His dark skin
Post a Comment
Read more 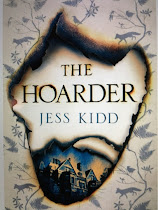 The Hoarder (AKA Mr. Flood’s Last Resort) by Jess Kidd 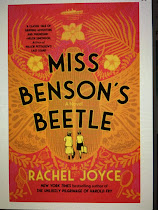 What's in a Word? 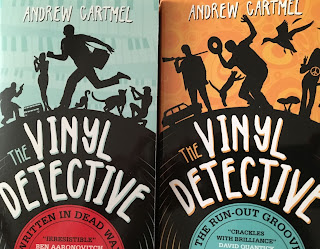 Book Review: Andrew Cartmel's Mystery Series at the Top of the Charts

The Doctor is in and she's wonderful! 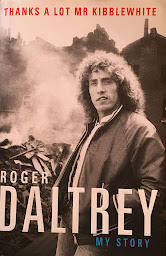